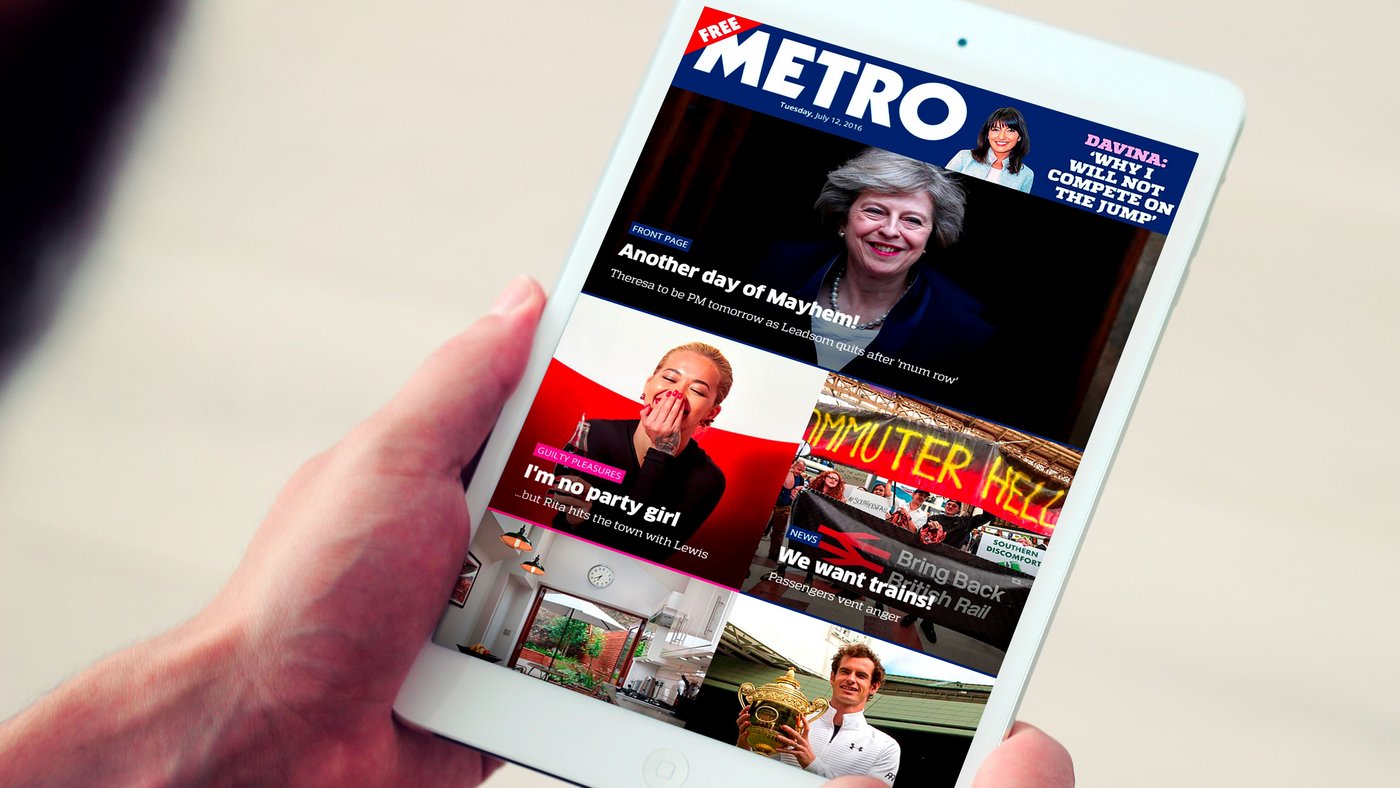 We've just launched a new app to add to our mobile credentials for another top publishing client.

Metro, the UK’s leading urban media brand, was looking to replace its existing app and launch a new native, shareable app for its mobile readers.

The challenge? Deliver a new mobile app that looks great and is intuitive to use with a much improved, streamlined editorial workflow.

Clock partnered with Kaldor and their mobile publishing platform, Pugpig. Clock’s expertise in digital design and UX coupled together with the simple-to-use  platform has delivered a fresh app perfectly suited to Metro’s on-the-go readership. Flexible template designs allow Metro to build editions far quicker than they previously had been able to without losing the ability to make an edition look varied.

The app now also has an evening edition at 5pm, as well as its 6am morning edition, and a 60-second video of the day’s highlights, which is pushed to Twitter and YouTube.

We've refreshed the design of the digital editions to better facilitate sharing content via social media. Each article now has its own page and a corresponding url, so it can be shared with recipients even if they haven’t downloaded the app. This helps extend the Metro audience even further.

The result? The app has only just been released but already engagement figures are much improved.  Those who have the new app love it and are spending more time reading Metro on their device than ever before.

Check out more of what we do, whether on a mobile or not.