How to engage sports fans whilst they are watching live sport 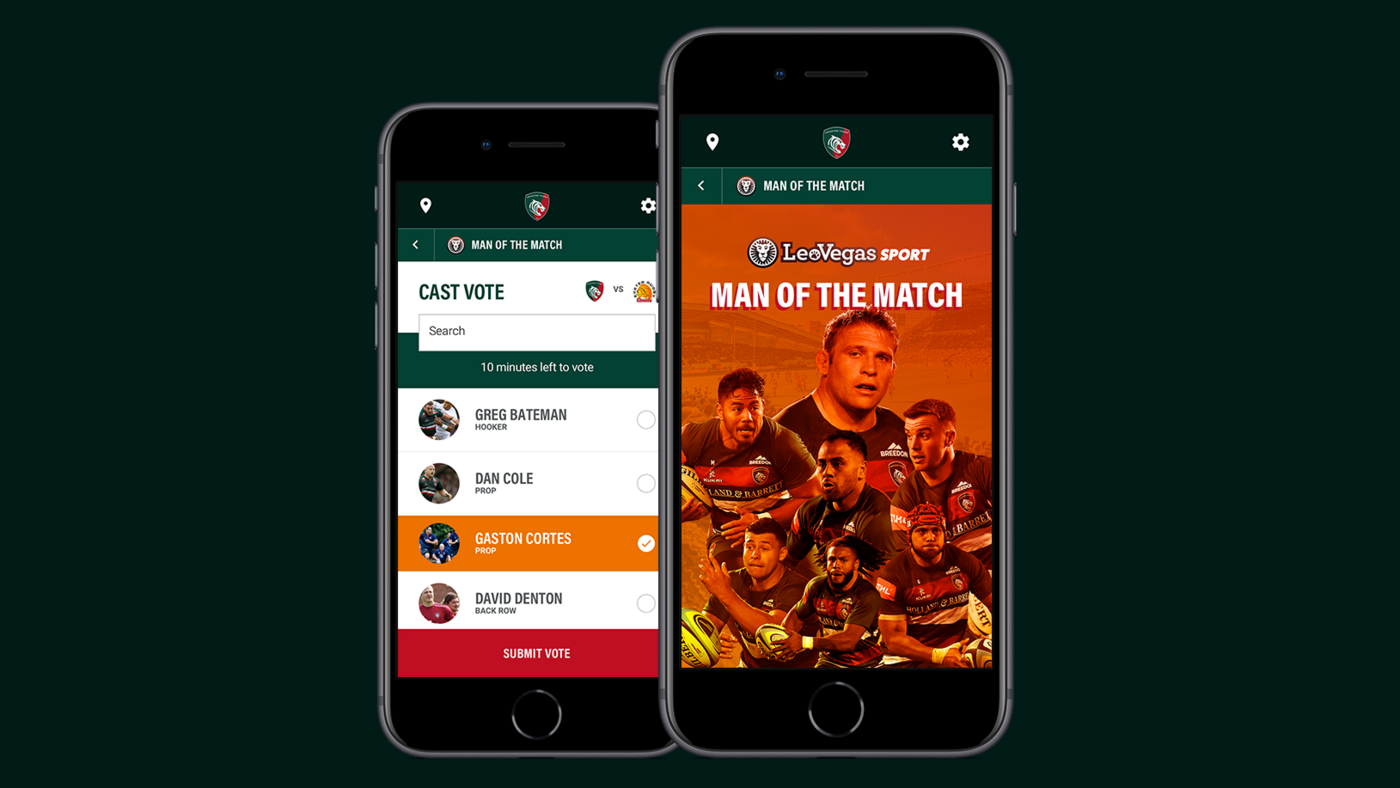 Sports fans are undoubtedly some of the most highly engaged people when it comes to matters of the club they support. And the clubs themselves have a keen sense of engendering fan engagement, by getting fans involved in the many aspects of the club on a day-to-day basis, from news to community projects to education and events.

Come match day itself, there is little that engages fans more than the debate around the topic of the best player on the field, whether it is the obvious try scorers, the fly halves and scrum halves who dictate and conduct much of the play or indeed the unsung heroes, whose “grunt” work is often unseen or under-appreciated. Well, no longer will it only fall to television pundits to decide on the Man of the Match.

Leicester Tigers fans, whether they are in the stadium or watching the game live at home or in a pub on TV, can now make their voice heard with a new enhanced Man of the Match feature in the Tigers app.

Such was the popularity of the app’s basic MOTM feature from last season, that the decision was made to augment the interaction. We worked with the Tigers team to make MOTM a standalone feature in the app, with a slick design and User Experience, allowing fans to scroll through the players and vote as well as view the current leading contenders for the award.

For the Tigers content team, the workflow was made as simple as possible to set up the polls as well as control next user call-to-actions.

The updated app is now available in the App Store and on Google Play.