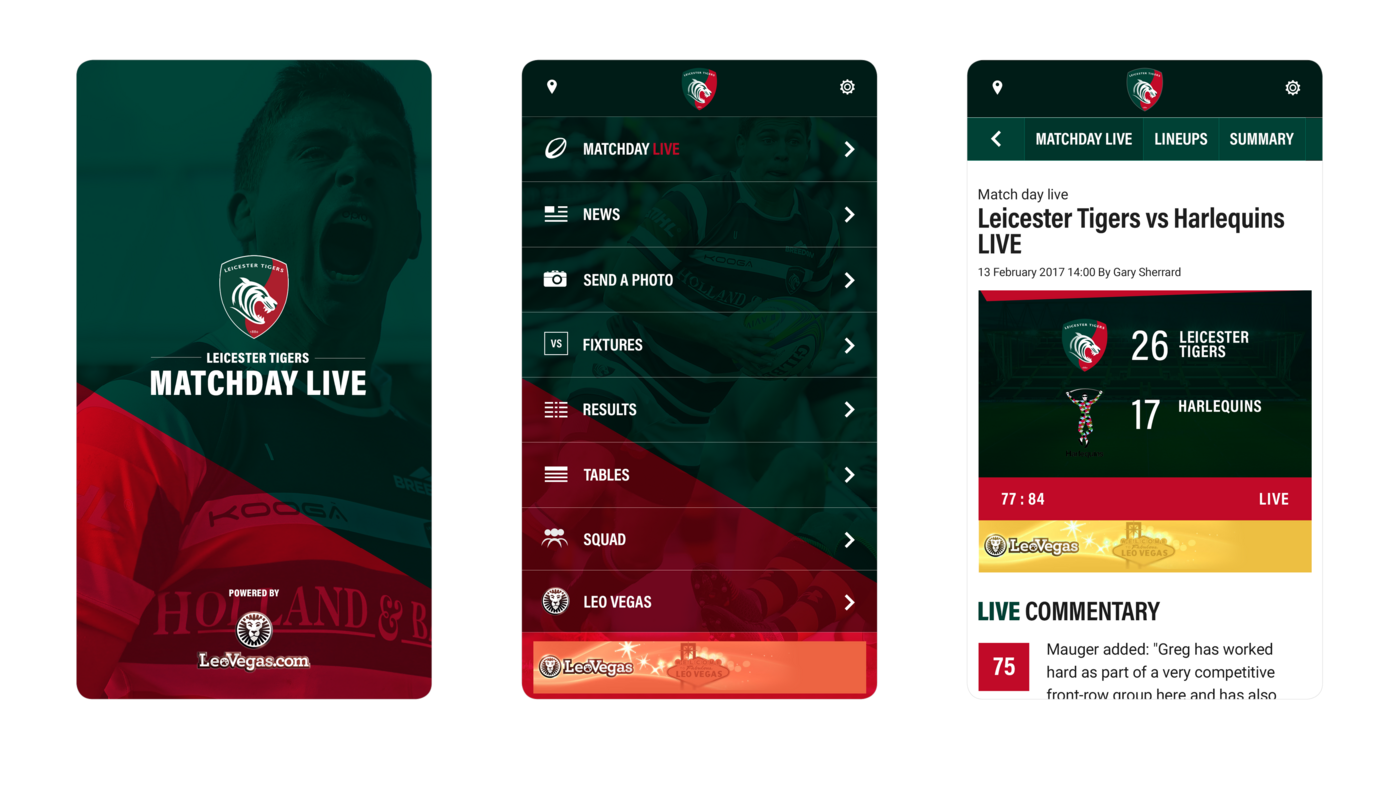 After welcoming more than 340,000 rugby fans last season to Welford Road and recording the club’s highest-ever average home attendance, we have launched a fully interactive app that will bring Tigers fans even closer to the action.

Following the success of last month's launch of the new website leicestertigers.com, Clock were excited to have been given the opportunity to team up once again with Leicester Tigers and were raring to get started on this new project.

The objective for Leicester Tigers was to create an app that works in sync with the new website and to widen their fanbase even further.  While the new website will still be the go-to platform for the majority of Tigers content, the app will offer an interactive way for the fans to get involved.

So whats new? Not only does the new app have a slick and stylish design, the performance has significantly improved and gives fans an array of features to choose all from within pocket reach.

Users will be able to access detailed live match commentary and summary reports, breaking news and have the ability to send their photo by sharing in the apps Tiger Hunt gallery, or having it displayed on the Big Screen during matchdays.

Chris Rose, Head of Brand at Leicester Tigers, said: “We had great feedback on the new website and so we’re eager to see what fans will think of the Tigers app.

With such a huge following around the globe, it’s important that we can reach all our fans and with the app’s smart and immersive platform we hope fans will enjoy its features for seasons to come.

We’re encouraging fans to get involved as much as possible by sharing their photos of themselves with friends and family on matchday, so we can’t wait to see the response when we kick off the season on September 3.

Since the app has been released we have already received a substantial amount of positive reviews, currently rated 4+ stars within the app stores so far and even placing in the Top 20 free sports apps on launch day!

We are extremely proud to have been able to deliver yet another fantastic digital product and hope that the fans will give it their full APProval.

Oh, did we mention that there is a hidden feature!? Download the app for free and see if you can find it iOS or Android‍