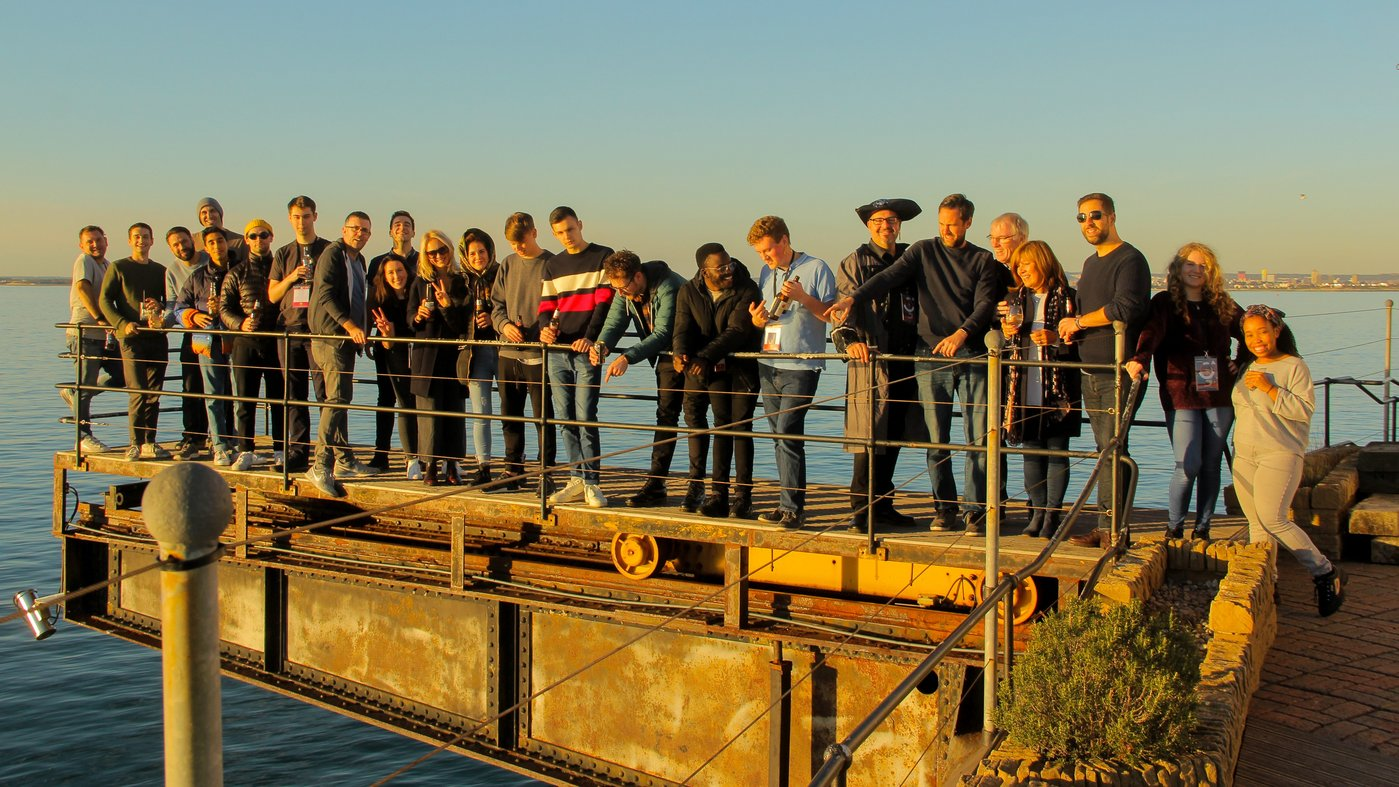 Clock is 21! Of course we had to celebrate in style!

It’s 9:37am on Friday 3rd November and instead of sitting at my desk, I am being whisked away to spend a night in the middle of the Solent...because Clock is 21 years young!

So, how are we celebrating?!

If you know anything about our much-loved CEO and Founder, Syd Nadim, it’s probably that the words predictable and ordinary aren’t commonly found in his vocabulary. As Clock’s 21st calls for more than just one reason to celebrate, he really wants to push the boat out. Pun wholeheartedly intended.

Not only does Clock turning 21 mark the ongoing success of a beloved agency that was started by an enthusiastic 23-year-old lad with nothing more than a dream and a humble loan from The Prince's’ Trust, it also highlights the unwavering support both Syd and the company have seen from family, friends and employees (all invariable terms, really) since the word ‘go’.

It was only fitting, then, that this celebration should be a big one. There aren’t many things our CEO wouldn’t do, and apparently, hiring out an entire fort is definitely NOT one of them. Before any of us have even fully comprehended what is in store, we are embarking on a boat to the most magical place on the planet - the nautical sensation that is No Man’s Fort!

A 20 minute boat ride (and thankfully zero sick bags) later, we have arrived at our destination and are greeted with champagne in the atrium, ahead of a private tour of the fort. Sweetie darling.

Shortly after, we are presented with a delicious lunch buffet which culminates in a spectacularly hilarious treasure hunt. Right on cue, as the hunt ends, cakes and Prosecco are in full flow as we gather for a spot of afternoon tea - lots of which is being enjoyed from the hot tubs on the roof in full view of the setting sun. Am I making you jealous yet?

If a sunset dip isn’t enough to make you seething with envy, in the meantime some of our lucky winners from our Annual Team Building day a few weeks earlier cash in their reward of an exhilarating RIB ride around the forts while the losers make do with either a spa treatment, a game of pool or laser tag, or just a 360° view of our winning counterparts from top deck with great company and copious cocktails...we know, it’s a hard life.

Once dry and with everyone in their gladrags, Syd sets to work with an emotional speech and video that manages to ensure there is not a dry eye onboard.  A mouthwatering 3-course dinner and multiple party games later, the celebration is well and truly underway and a special playlist that everyone has added their two cents to can be heard blaring throughout the fort. Age-wise, we are a varying bunch with our youngest at 21 (snap!) and oldest at...it’s rude to say, so you can imagine the ‘bangers’ were fairly subjective from one song to the next!

In a feeble attempt to wind down, we head to the firepit to toast marshmallows, however, as anyone who has ever met Syd will know, the party is only really just beginning and many end up partying until sunrise in the Lighthouse suite. Needless to say there were more than just a few sore heads the next morning. Luckily the bottomless fry-up, and unlimited coffee sorted us right out.

Of course none of these celebrations - both inward and outward - would have been possible if Syd hadn’t toiled through his youth to mould this fantastic agency into what it has become today.

The ‘23-year-old lad with a dream’ is this same lad that we owe it all to today. It would have been so easy for Syd to throw the towel in 21 years ago when times got tough, but it takes a lot to dampen Syd’s spirits. He soldiered on through the rejection letters and lack of funds, and found his way thanks to a handful of people who would fast become some of his most trusted confidants and truest friends.

Among these were John Warton, who offered Syd a helping hand at a time when no-one else would and provided enough financial stability for the foundations of Clock to be built on - a man to whom Clock will forever be indebted.

It was therefore only too fitting that John, as well as our current non-exec mentors, should be invited along to the party as dear friends of Clock.

And party we did…So what did we take home from this amazing experience - apart from a raging hangover?

Clock creates an atmosphere that inspires creativity and hard work by also creating room for celebration.  If 24 hours on a private fort has taught us anything, it was more about each other.

It is experiences like these that bring us Clock employees together and allow each of us (most of the time) to enter the office with a smile on our face.

Balls, Brand, and Balance: A Q&A with Helen Roe, Head of Marketing & Comms, at Gloucester Rugby 🍒